The second in a series where you, the reader, can explore the mystical “Inside” ideas used in the Dreams and Visions series, which include so far Pursuit and Dragon Song.

Whereas in Pursuit the visions which the characters experienced where meeting with dragons and later on dragons in human form, book 2, Dragon Song, takes this visioning a step further. Pat goes deeper to meet his inner being, his real, spiritual self.

It is my belief that we humans are more than flesh and bones. We live in fleshly bodies but our real selves are something else. In Dragon Song Pat is ready to meet himself. The dialog reveals a part of Pat which he has been unaware of yet he soon discovers that this non-physical part of him sees the bigger picture. And so begins, for Pat, a source of inner guidance which he desperately needs. However, Pat is not always ready to hear what his  higher self has to say. Many speak of guardian angels or guiding spirits. I suggest that these are merely perceptions of one’s own inner being. It is of course in our inner being’s best interests to guide us, to help us avoid harm and to lead us towards prosperity. It 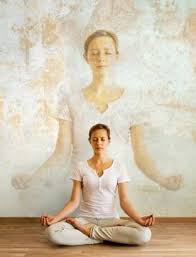 doesn’t always work out this way, as Pat very tragically discovers. Tragedy hits, not because our inner beings care less, but because we are often tuned out from their communication and tuned in to too much negativity. What Pat begins to witness when he is in a dream state and talking to his Self is that Self does not portray human emotions. Self is simply a guide and Pat’s own feelings will tell him if he is in tune with his guide or not. Some call this intuition.

What are your experiences with the Inside? Have you been able to listen to your own inner self, your higher being, the spiritual part of you? Share your stories here.

What do a pillar, a dream and an ancient battle have in common?

This site uses Akismet to reduce spam. Learn how your comment data is processed.

Another Dreamland Adventure – The Broken Unicorn