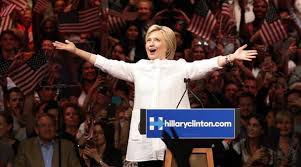 All of the United States of America are very busy at this time deciding who they want as president and pointing fingers of accusation at the other side. As we observe from across the Atlantic we can can see very clearly what is going on. As I repeatedly say, if you want to know what a person thinks then don’t listen to what they say about themselves, rather listen to what they say about their opponents.

Everyone has heard the old saying: a pointing finger has three pointing back the other way. And a much ignored and often misinterpreted, straightforward quote from the Bible says the same thing: Judge not that you be not judged. It is true, and I didn’t understand this fully until confronted by a man who began pointing his finger at me with all sorts of ridiculous accusations. But as I listened to his rants I realised that every accusation was a description of what he himself was doing.

This was a great lesson in human understanding. It has also made me aware of my own accusations. I avoid them and rather look inward at what may be there that I don’t like. As I look around and listen to conversations I see this is true every time. Let me say that again: I see this as true EVERY TIME. It is as true amongst your family and friends as it is from the pulpits and especially in the political scene.

Trump is America, Hillary a Lie

It is obvious, is it not, even in the politics of your own country, that the promises made by the candidates are rarely ever fulfilled. The present establishment of presidents and prime ministers is under the control of hidden forces. Britain and Europe are continually coerced by the big bully USA to change their laws and go to wars to suit the USA, whether or not it suits us or not. We all know, do we not, that the whole presidential show in America is a farce, and how that falseness has been thrown into the open in this 2016 election year.

So if Hillary represents the lies of America, supported by those who wear a mask hiding their true colours, and playing the game of being nice to hide their violent destruction around the world, then who does Trump represent? The media is taking Trump to town right now over some lewd comments about women, yet this is the country where “Fifty Shades of Grey” not only became a best selling novel but was made into a movie for American’s to watch. Do you see the Pointing Finger paradox? 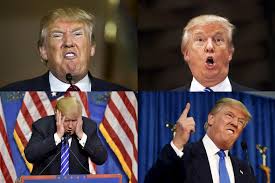 It seems to me, and I do not spend time listening to Trump or Hillary, but I occasionally see how others are reacting and commenting, that Trump is removing the mask of America. Everything he stands for and says is at the heart of America. And those who stand in fierce denial are denying their own pitiful state of morals.

Don’t get me wrong, I am not for Trump, not any more than I am for Hillary. I simply point out the paradox of the blame game. As you look around you and listen to people talk, whether it is in the pub, at work, on the street or on TV, you will see clearly that every time someone accuses another that they are revealing something deep within themselves.

For a Better World

Dream with your Dragon

This site uses Akismet to reduce spam. Learn how your comment data is processed.

Another Dreamland Adventure – The Broken Unicorn